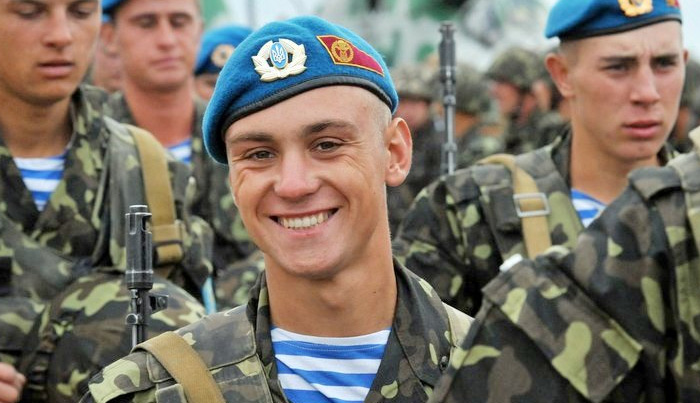 The Veteran Resilience Training Ukraine (VRTU) is a pioneering, post-war counseling program spearheaded by the Maple Hope Foundation. The program’s mission is to provide Ukrainian veterans with empowering, sustainable change by introducing, implementing and expanding the world-renowned Canadian Veteran Transition Program (VTP) in Ukraine. With the number of wounded and internally displaced soldiers and civilians exceeding the tens of thousands, and a decline in the state’s financial and social resources, the mental health issue for Ukrainian veterans is critical and pressing.

More specifically, The VRT is directed at facilitating knowledge transfer from Canadian specialists to Ukrainian mental health practitioners; delivering recovery workshops to Ukrainian veterans suffering from PTSD and post-war trauma; and developing a sustainable network of trainers and participants to provide on-going support and program development over an initial 1-year period starting in the spring of 2018.

VRT is a highly-acclaimed group-based therapy method developed at the University of British Columbia by psychologists and medical experts to help men transition from military service to productive civilian lives. Over 600 Canadian veterans have participated in the program to date, all of whom reported meaningful benefits. Recent and ongoing research has shown reduced trauma symptoms, decreased depression and increased self-esteem. Approximately 90% of those who complete the program move on to new career opportunities and again become productive, contributing citizens. The program has been successfully implemented in Australia and is ready to be introduced to other countries.

The Maple Hope Foundation has partnered with the VTP team at the University of British Columbia and under the guidance of the program’s founder, Dr. Marvin Westwood, they have adapted the program to fit the Ukrainian culture and context. Their aim is to provide both immediate intervention for men returning from military service, as well as long-term support of veterans and their families. VRT also fosters the education and professional development of the service providers in Ukraine, who will be equipped with crucial skills and latest tools to assist their trauma patients. The Ukrainian name of the program is “Я Повернувся” (“I’ve Returned”), a powerful symbol for the program’s mission to enable soldiers to return to their lives and families, both mentally and physically.

The Pilot Project will be launched in the spring of 2018. A team of 6 Canadian clinicians and psychologists will deliver an intensive 2-week training to 8 Ukrainian mental health practitioners. After the training, Ukrainian and Canadian teams will co-jointly deliver 4 Veteran Recovery workshops to 24 veterans in total. Upon the completion of the pilot project, all participants will be interviewed and evaluated by the researchers from the Canadian University of British Columbia, who will make further recommendations regarding the VRT’s implementation and development.

At the end of the first year, 16 Ukrainian mental health practitioners will receive VTP training and certification, enabling them to continue organizing and conducting VRY workshops in Ukraine. Moreover, 48 veterans will have completed the VRP and become the inaugural group of the VRT Alumni.

Our long-term plan is to use this sustainable model of simultaneous training and VRT workshop delivery to grow and advance the program to different cities and regions of Ukraine. The first three years will require substantial assistance and support from the Canadian VTP team until the Ukrainian network is sufficiently developed to operate as an autonomous system.

The potential advances in group-based counseling and trauma therapy afforded by the VRT project are profound. They would allow mental health practitioners in Ukraine to understand the origins, symptoms and factors that influence veterans’ inability to recover from post-war trauma. Most significantly, the training would allow them to apply that knowledge through proven methods in gradual group-based veteran recovery to effect positive change in Ukraine.

The knowledge of post-war trauma and the implementation of the Veteran Resilience Training counseling methods are of critical importance to the overall population health, social stability and economic well-being of Ukraine. We ask you to join our mission to give back to the veterans of Ukraine for their courage and military service, and help them recover and return to civilian life. Together, we have the opportunity to set a global example by making significant inroads into sustainable men’s mental health in Ukraine and curbing the devastating long-term effects of violent conflict in Ukraine.